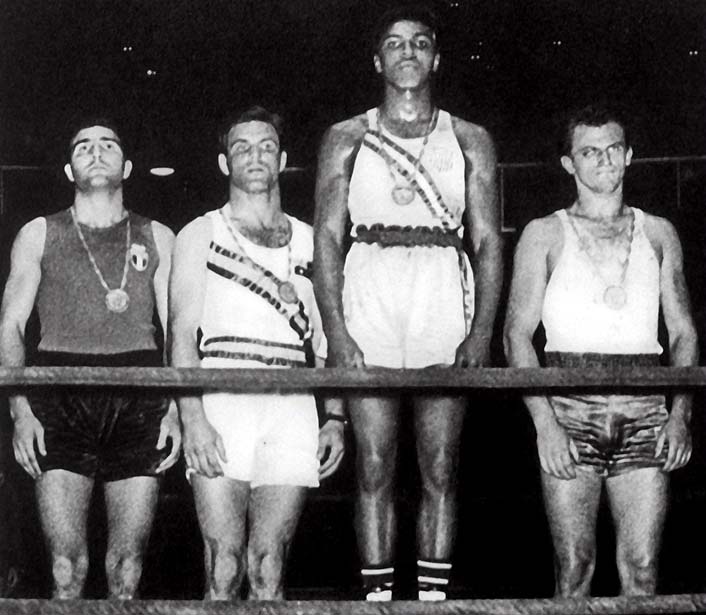 Caption: LS.Uniform#4–1960: Cassius Clay of the USA stands on
the medal podium at the the Olympic Games in Rome after winning
the boxing light-heavyweight title. Zbigniew Pietrzykowski of
Poland, the man he beat in the final, is on his left. It was the
first appearance in international sport for the man later known
as Muhammad Ali. Clay was extremely proud to be an Olympic
champion and represent the USA, but when he returned to his home
in Louisville and turned professional, he was involved in a
scuffle when he attempted to get service in a whites-only
restaurant. He realized from that experience that he was not the
All-American hero he had been led to believe because of the color
of his skin, and in a fit of disillusionment he threw his gold
medal into a river. As the worldÕs outstanding professional boxer,
he raised the dignity and profile of the black man and helped to
diminish racial prejudice. Mandatory Credit: IOC/Allsport